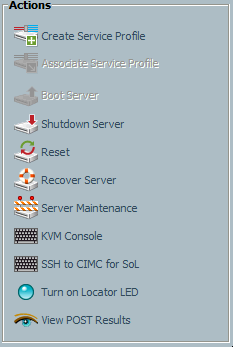 I was called into an interesting issue over the past week. I was told that a chassis worth of UCS blades had powered off without any apparent reason bringing down part of production. Initial troubleshooting of the issue showed no real culprits. UCSM was clean of errors except for an IOM post error. A show-tech command was initiated and a sev1 was opened with Cisco TAC. The technician on-call attempted to power on the servers by selecting them all in UCSM, right-clicking on them, and selecting reset. The blades powered on and came back online without issue.
So what caused the blades to power off unexpectedly?

END_OF_DOCUMENT_TOKEN_TO_BE_REPLACED

A couple things stood out to me:

VMworld Call for Papers – My Top 20

Phew…just want through the 1000+ sessions that made it into public voting for VMworld 2012 and casted my votes. Overall, there are a lot of great sessions and great presenters this year so I am sure the voting will be tight. I figured I would share what I would call my top 20 votes for this year. For all of my votes I made my decision based on several factors: