In my last post, I covered an error message I received randomly on mac os. After fixing the issue, I noticed that Outlook was behaving oddly including:

What was going on? Read on to learn more! 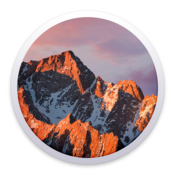 END_OF_DOCUMENT_TOKEN_TO_BE_REPLACED

Published by Steve Flanders on October 23, 2015

I recently read an awesome blog by Michael White about how he encrypted/signed his email. Given all the news about security I figured it was a good time to consider doing this as well. Given my setup is a little different from Michaels I figured I would do a quick write-up. If you are running Outlook for Mac and are interested in encrypting/signing emails then read on!