I ran into an issue with my vRealize Operations (vR Ops) 6.0 instance recently. I had integrated Log Insight (LI) 2.5 with it and was doing some alert testing between the two products. Somehow in the process, the HTTP Post Adapter went down. The question became, without restarting vR Ops, how does one get an adapter object back online? 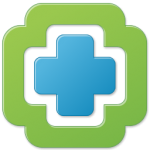 While I was on the Alerts page of vR Ops waiting for an alert sent from LI, I received an alert that an adapter instance object was down:

Given it was the HTTP Post adapter and the fact that LI uses this adapter to send alerts, I knew that I needed to get the adapter back online before the alerts would appear.

I began looking through the UI, but I could not find anything that would allow me to start/stops any component of vR Ops. I suspected it was in the Administration section, but none of the options seemed right: 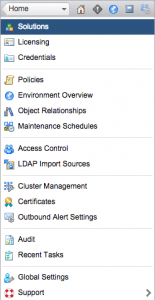 I asked around and my colleague Ryan Cartwright pointed me to the Environment Overview section of the Administration UI. In there are a variety of sections including Adapter Instances. Upon expanding this section, an HTTP Post Adapter Instance section exists and within this section is HTTP Post. Selecting HTTP Post brings up a list of adapters. Given that I knew the HTTP Post adapter was the one reporting and issue, I selected it and then selected the green play button above it, which when you hover over it says, “Start Collecting.”:

The screen refreshed, but nothing else happened and nothing really indicated that the adapter was now up. I went back to the alerts page and saw that the same error message about the adapter being down existed. I thought it might take a while and waiting, and waiting and waited, but nothing happen. Figuring I missed something, I went back to the adapter under Environment Overview and attempted to look for something that would tell me the status. After much trial and error, I realized that the table scrolled, though there was not scroll bar. Upon scrolling all the way to the right, I found a column that displayed the collection status. To my surprise, the adapter object was still down!
With no errors in the logs, other than the adapter being down, I decided to stop the adapter using the red stop button and then try starting the adapter again with the green play button. This time, the collection status changed to status: none. I assumed this was a temporary state and kept selecting the refresh button near the bottom of the page. Eventually, after several minutes, the collection status went green:

I confirmed the alert disappeared from the alerts page and then my LI alerts started to come in again.

To bring a vR Ops adapter up, follow these steps:

Note: The status of each object depends on the object. Many objects always report the status of none instead of collecting and yet they are in a healthy state. Unless you see an alert for an object, you can assume it is working properly.
Unfortunately, the logs did not indicate what caused the HTTP Post adapter to go down, but it has been working since so fingers crossed, everything is good. I thought these steps would help someone else attempting to bring a vR Ops component back online.