If you are running a Log Insight cluster then you have probably seen the Status column of the node table available from the Administration > Cluster page. Under normal operating conditions, all nodes should be shown as Connected. In this post, I would like to focus primarily on the Disconnected status including what it means and the logic for triggering it. 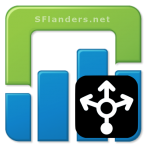 Here is a screenshot of the node table available from Administration > Cluster:

IMPORTANT: Log Insight requires a minimum of 3-nodes in a cluster.

What does Disconnected mean?

Disconnected means the node is not accessible by the cluster. This means it cannot participate in ingestion or queries. In addition, it cannot receive cluster configuration. You can think of it as a temporary removal state that can be recovered from.

IMPORTANT: If you remove a disconnected node you cannot join it back to the cluster!

What would cause a node to be Disconnected?

A variety of reasons including:

How is Disconnected determined?

The logic is as follows:

This means it will take a maximum of four minutes and a minimum of three minutes for a node to be marked as disconnected (1 minute per check x 3 failed checks + time when issue happen which must be less than 60 additional seconds, but at least 1 additional second).

IMPORTANT: You should not attempt to upgrade a cluster with one or more disconnected nodes!