The third agent parser I want to take a look at is the CLF parser. Read to learn how it works! 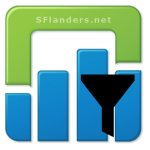 How the Parser Works

For those familiar with Apache HTTP events the format should be recognizable. Second, you may feel overwhelmed by all the parameters the format option supports. From the official documentation:

Oh man… Now again for Apache logs the options are likely familiar. Each parameter basically represents the field (or key) and where the parameter exists in the event is the value.

As it turns out, because each parameter basically represents the field (or key) and where the parameter exists in the event is the value, this makes it possible to use the CLF parser for way more than Apache HTTP events. Let’s use a concrete example. Let’s say I have a log message like the following:

I could define the above parser as:

If we break down the format we have the following:

This means all the % parameters simply defines a specific key name for the field where it is located in the file. C, e, i, o, n are special parameters that require a KEYNAME be specified and the KEYNAME is used as the key. This means the above format could also be written as:

Now there are a few very important notes about the above format:

The only parameters you really need for the CLF parser are %t and one of the VARNAME ones — I prefer %{VARNAME}i. The reason for this is because you can name VARNAME whatever you want. What is also cool is that while you could exclude fields parsed via the CLF parser using the exclude_fields option, you can also do it by not specifying a VARNAME for the parameters that require it. For example, if I use the format:

Then I will only get the timestamp and log_message fields and the other fields will be ignored.
IMPORTANT: The timestamp can be used as part of the timestamp parser — discussed in a future post — but it will not be an actual field in the Log Insight server.

Let’s say I have a more complex log file containing the following:

How can I extract the contents within each set of square brackets? The answer is with the same format used above. The only caveat is that the log_message field will contain the closing square bracket within the value.
How about if the log file looks like the following: