As part of the vExpert community I was let in on a little secret recently — as of the next vSphere release the C# client will NO LONGER BE AVAILABLE. Read on to learn more! 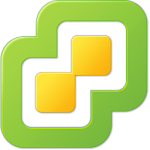 Now this news should not come as that much of a surprise as VMware has made it clear that the C# client was no longer being invested in. All new features since the initial deprecation announcement in vSphere 5.1 (yup that was back in 2012) have only been made available in the Flash web client. Long story short, hopefully you have been thinking about this transition for some time. Of course, while everyone knew this was coming, a variety of issues along the way have kept the C# client around. Well per VMware — no more! Now we have an official announcement. Period no going back. Definitive statement. Are you ready? Here is the post.

So does that mean Flash web client all the way? No. As you may have noticed, VMware now ships an embedded host client (i.e. HTML5 web client) as of 6.0U2. In addition, toward the end of March a Fling was released showcasing a HTML5 web client. I think it is safe to say, the HTML5 web client is the future, but also still a work in progress (Fling != Supported). In either case, VMware stated that all issues currently requiring the C# client will be fixed by the new release.

So when is the next major release? VMware did not say. What a tease huh?

Before opening up for questions, VMware did make one more important point: vSphere 5.0 and 5.1 will be going out of support in August! This means soon only 5.5 and 6.0 will be supported with the C# client.

As for the vExpert questions, many like the vision, but expressed concerns about not everything working in the web client today (again VMware stated this would be fixed). People also want consistency — either C#, Flash, or HTML5 — even with the C# client going away, the Flash client is still around and it is unclear when the HTML5 client will be supported and have feature parity with the Flash web client. Finally a concern was raised about VC plugins and we were told work was actively underway with partners to ensure all are HTML5 ready.

So what do you think of the news? Do you still use the C# client? Are you on the Flash client? Have you tried to HTML5 client?