What do you do when you have a boot partition that is too small? This is the exact problem I tried to solve in my home lab. Read on to learn more!

I had an Ubuntu VM that I had been upgrading since at least 10.04. This VM started its life with a 200MB /boot partition. Since then, multiple other partitions have been adding to the same drive as the /boot partition and these additional partitions were joined together as a LVM. In addition to the growth of the disk space, I have also enabled the automatic upgrade of the kernel.
While 200MB may have been enough room for /boot back in the day, it is no longer enough and I find myself with a full /boot partition all the time. In order to work around this issue, I need to manually cleanup older kernel packages, force an install to get out of the interim state and then run autoremove to clean up space. The process looks something like this:

Needless to say, this process is tedious, error prune even when automated, and runs the risk of causes major issues to my VM (e.g. not being able to boot). I needed to expand the /boot partition, the question was how?

In order to resize or move partitions, you need to boot a live CD. I went ahead and downloaded gparted, copied the ISO to the VMs datastore, mounted and connected the ISO and then shutdown my VM. Of course, I created a snapshot as the changes I was about to make ran the risk of causing major issues. Next, I edited the settings on the VM and adding an additional 1GB of disk space to the existing virtual disk. I then powered on the VM.
I had a variety of options to fix my /boot partition including:

Since expanding the existing partition seemed like the best option, I decided to try it. In theory, you need to move each partition from left to right going from bottom to top: 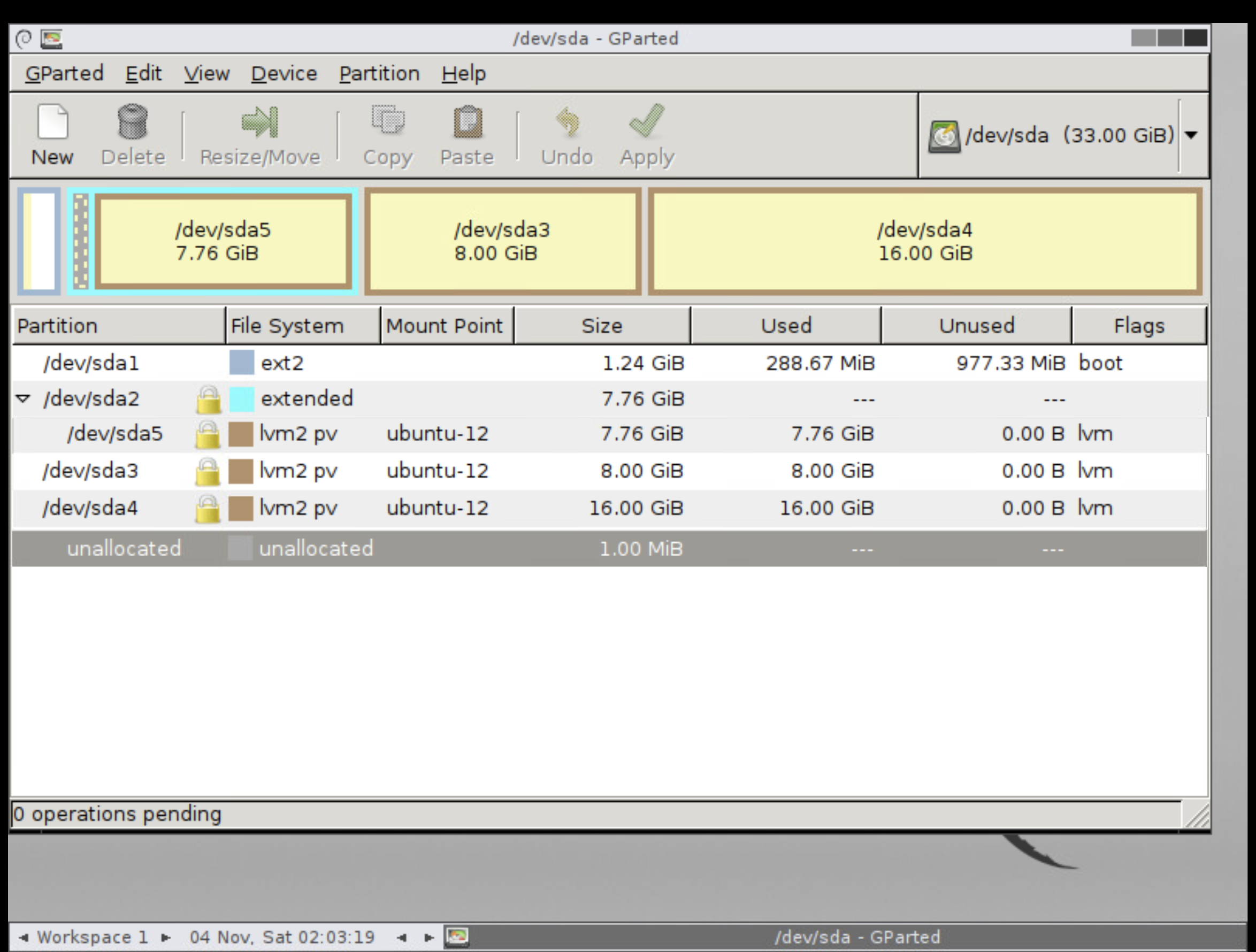 The first problem I experienced was that I could not move the bottom partition (/dev/sda4). You will notice a lock icon next to it and others above it. To resolve this, right-click the last partition and select the Deactivate option. Now when you select the partition you can move it. I took all the space available after the partition (1024MB) and entered it into the value before the partition (which was 0). I repeated this exercise for the second to last partition (/dev/sda3). After this I hit the Apply button and waited about 15 minutes will the operation completed. Note, you will need to select the Ignore option each time it pops up (about four times if I recall correctly). 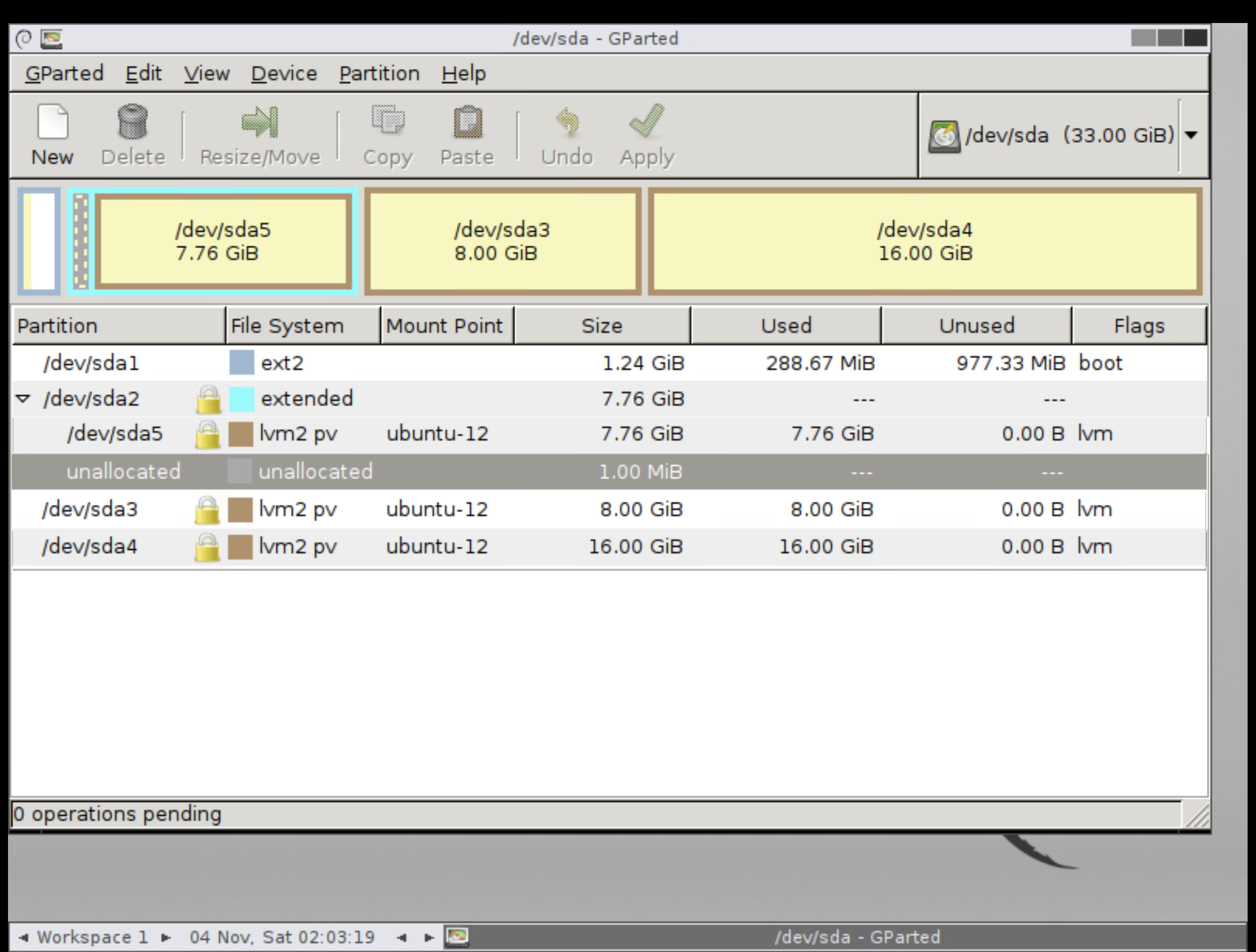 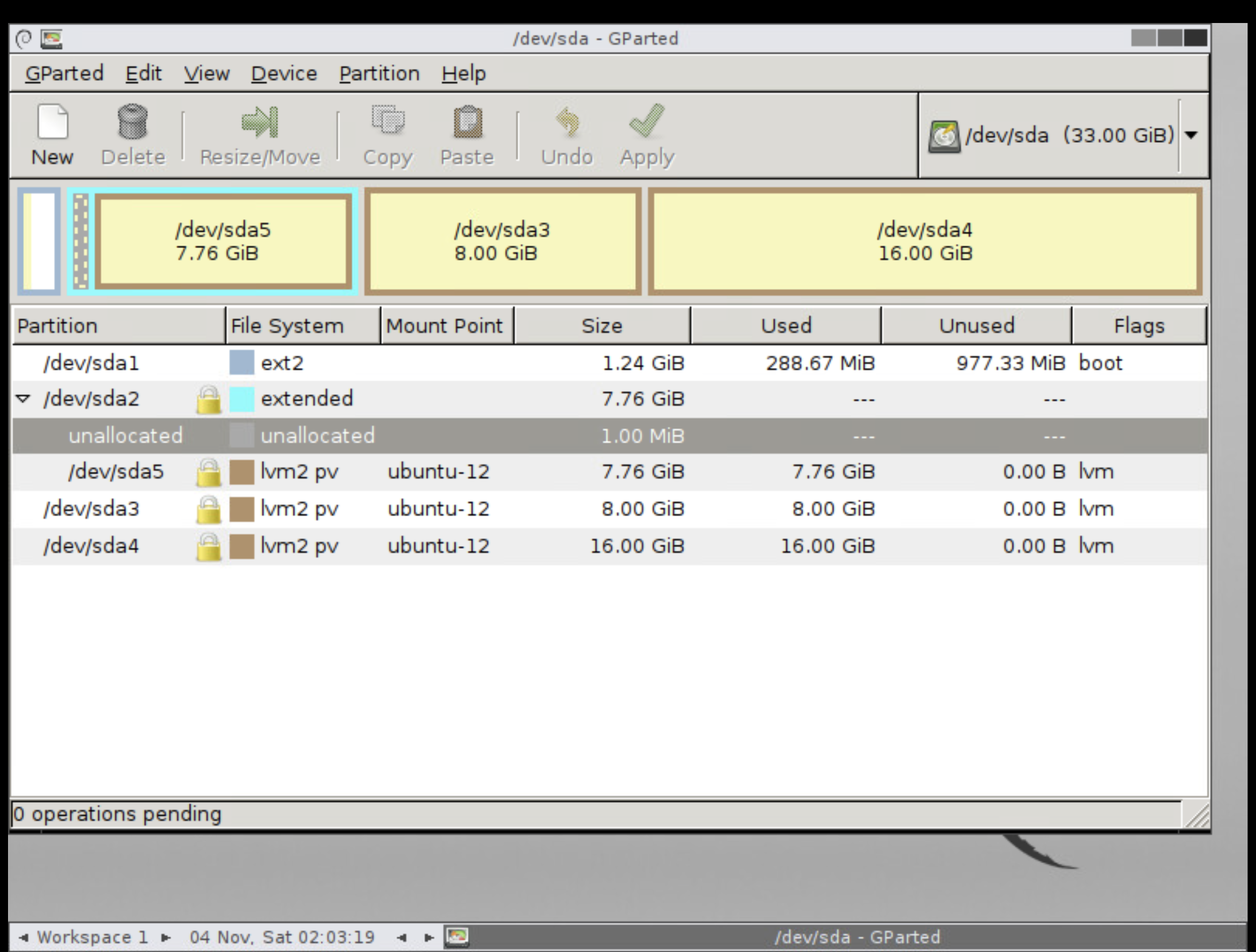 With all the operations completed, I shut down the VM, disconnected the ISO, and powered on the VM. To my delight, the VM powered on successfully and the boot partition had been extended!