Now that you have a backup of your encrypted folder it is important that you test and understand the process of backup and restore. Read on to learn more! 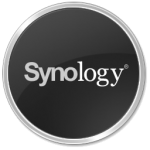 If you have a successful backup then you could make a change and attempt a restore. If you do not want to mess with your existing configuration that you can create a quick test environment:

Note: When I first performed these steps the restore operation spun for hours — I even let it run over night — but never completed. I attempted to cancel the operation, but that did not work. I did have time machine backups running at the same time, but besides that I am not aware of anything that might have been interrupting the restore. Eventually, I decided to reboot the Synology. Unfortunately, the Synology never came back and was left with a constantly blinking blue light. I did a hard reset by pulling out the power and the Synology came back up. The second attempt of backup and restore worked as expected.