I was in need of a laptop refresh and while the new 2016 MacBook Pro was not what I was hoping for, I was not willing to switch to Windows 10. I have had a little more than a month with the new device and I thought it was time to share my thoughts. Read on to learn more! 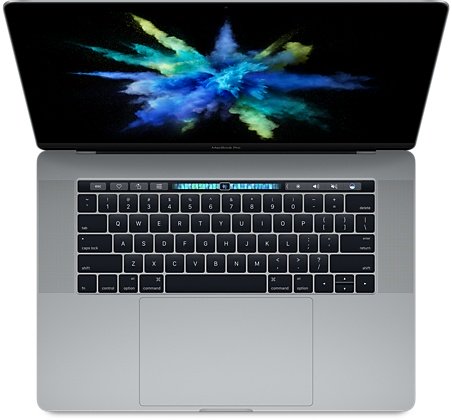 The one item I want to focus on is the new Touch Bar as it is a significant change in the 2016 version and I have had my share of issues with it. I will start by saying I am all for change and when I first heard about the Touch Bar I was excited and hopeful that it would work well. The concept is good — function keys do not mean much and are not extensible so make the function keys dynamic. I fully support this decision. Now, let me talk about how it works in practice.
Before the Touch Bar, I rarely used function keys as I rarely remembered what I had configured them to do. The only functions I leveraged were screen brightness and volume control — both rarely. With the Touch Bar, many more functions are available, which means more opportunity to use the it. Also, the ESC key has moved to the Touch Bar, which is a key I use extensively. What I realized almost immediately was that I do not want to use the Touch Bar. There were two primary reasons for this:

Previously, I rarely used the function keys, but with the ESC key moved this guarantees that I must use it. Given that the Touch Bar is dynamic one would think Apple would want you to use it. If they had “courage” they would have moved the Touch Bar to the bottom of the keyboard — just above the Touchpad — making it way more accessible. Even more “courage” would have been to make the entire keyboard a Touch Bar as this opens the door for even more dynamic options — though arguably having a touch screen would probably be even better. It is clear why they did not do either — no accidental touch protection, no haptic feedback.
Just like the Touchpad, iPhone screen, and iPhone 7 home button, the Touch Bar must support haptic feedback from day one. It does not. I work quickly and when using CLI tools such as VIM, the ESC key is critical. I cannot count the number of times that I thought I had hit the ESC key and I did not, the number of times I had hit the ESC key and did not mean it, and how many times I hit the ESC key multiple times to ensure I had pressed it properly. This slows me down and it is all because there is no haptic feedback. This is lazy, in my opinion, of Apple. If you are going to “innovate” you cannot cut corners. This is not the first time Apple has had non-pressable button functionality.
To extend on the haptic feedback, I have noticed that they way I type results in my ring and pinky fingers coming awfully close to the edges of the Touch Bar. What is on the edges of the Touch Bar? On the left is the ESC key and on the right is the Siri key. I cannot tell you the number of times I have accidentally hit these two keys. With Siri it is not that big of a deal, though it is annoying — so annoying that I actually removed the Siri key from the Touch Bar and now the mute button is the right-most button. The ESC key is a HUGE deal. For example, if you are typing a message in Google Hangouts and hit ESC then it closes the window and loses you message. If you are typing an email in GMail and hit the ESC key, it closes the email and puts your message in the Drafts folder. This is beyond annoying, it is frustrating. The worst part is that there is nothing you can do about it. You cannot move the ESC key, you cannot remove the ESC key, you can only attempt to be more careful with your fingers. Now, with haptic feedback it would at least be clear when I accidentally hit ESC. What would be even better is if I could configure the Touch Bar — or Apple become smarter — about accidental pressing (guess what, the Touchpad supports this today…).

Wait. I personally do not feel like the upgrade is worth it. The laptop is beautiful. It clearly is an improvement over the last version. However, it feels like an iteration more than an innovation. I know it has LOTS of new features and has been completely re-architected, but from a customer perspective you will notice a larger Touchpad — which does nothing for me — and a new Touch Bar which screams version 1.0. I consider myself a power user and the new laptop does not provide a significant bump over my almost five-year old laptop. I look forward to Kaby Lake processors, I look forward to 32 GB of memory, I look forward to a better Touch Bar. Please do better Apple, I hate Windows, but what they offer in terms of hardware is surpassing you.