I was just reflecting on my fitness update from July and realized it was time for another post as a lot has changed in five months. Read on to learn more about my journey! 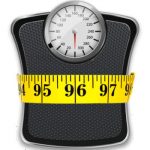 Back in July, I spoke about starting to get back into CrossFit and how I had PRed some of my lifts. I also spoke of a shoulder injury, which while I do not know how I received, happened back in February. Since that time, my travel schedule has been crazy. While in the past I had been doing well on my diet as well as exercise on the road, I was so busy while on the road (<- excuse) that both suffered to some extend (exercise more than diet).
While not exercising as much as I would have liked definitely impacted my fitness, it did give my shoulder an opportunity to get better. I am happy to announce that my shoulder is finally — after 9 months — feeling better to the point that I can do squat snatches again! As you may imagine, the amount of weight I can lift on my snatches is well below my PR, but I am hoping it picks back up soon.
Over the last three weeks, I have been at home and working out 4-5 days a week. In addition, I started a new diet called the RP Diet. Yes, I know the pictures are a bit much, but even given my limited time on it I can say it works well. I am currently down 7 pounds and almost 4% body fat.
In terms of CrossFit, I have PRed some more lifts: push press, push jerk, and back squat. While this is good, my fitness is still not at the same level as before — or maybe it is, but in different ways. Which brings me to the next section of this post.

I have talked about my fitness goals in the past — in fact, I have not talked about them recently so expect that to be my next fitness post. My goals when returning to CrossFit this year were very similar:

As you can see, these goals are less aggressive as before, primarily because I was injured and knew I would be traveling a lot. Given the goals were similar to those I had in the past, I expected the results to be about the same, however I am finding they are not. Let me explain.
When I first started CrossFit, I lost a lot of weight quickly and was constantly hitting PRs. This is to be expected. Over time, the PRs slowed as did the weight lose, in fact I started to gain some weight (muscle). I clearly became more fit after two years of CrossFit, but it was not the same level of fit as when I was in high school or college. This is also to be expected given the age and activity differences.
Now that I have started CrossFit again, the results are clearly different. First, I have not been losing weight — I am now, but it is because I started a new diet. Second, I am PRing lifts, however my fitness level is noticeably different — my cardio is nothing like what it was in the past. Third, in addition to muscle soreness, my body often feels more “tired” during the week.
I have been reflecting on these different results and wondering what changed. I am at a new CrossFit box and the programming is different, however I would not say it is more lift heavy. I would say it is more upper body focused which explains some of the PRs, but not all of them. I would often describe my new box as more intense so I thought weight loss would be easy, but it has only happened with a change in diet. Perhaps the increased intensity could explain the tiredness I feel from time-to-time or maybe I am aging faster than I would like.
Why do I bring this up? Because fitness is different for everyone and the definition may change at the individual level over time. You need to focus on what works, change what doesn’t (diet in my case), find new ways to stay motivated, and continue to prioritize fitness. I am learning along the journey and look forward to the future version of me.