About a year ago, I covered my home lab v3.0 configuration. While I am happy with the configuration, I have been having issues with my ASUS RT-AC3200. In this post, I would like to cover those issues. Read on to learn more! 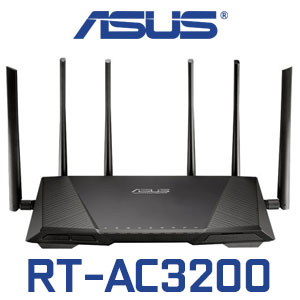 When I moved into my new house just over a year ago, I decided to change this up in the following ways:

With this configuration, I achieved the following benefits:

I should note, that I was forced to put the router in my basement to ensure battery back up — this will become important later.

Next, I would like to talk about my decision to go with the ASUS RT-AC3200 router. I did A LOT of research before opting for this router. Here were some of the reasons why I made this decision:

Initially, I was very happy with the investment. The device was easy to configure, offered a variety of mobile applications and offered every features I wanted except for DNS — luckily I have a Synology, which can handle this part.
Shortly after I had everything set up, I started experiencing issues. Here are some of the issues I experienced:

I tried every configuration option I could think of to fix the issue:

NOTE: The documentation for many of the advanced features is lacking.

Of course, I checked the logs, but they did not contain any useful information. I also upgraded to the latest firmware, but still the issues persisted. The issue was so bad, that I had to increase my phone plan’s data three times…

My last attempt to fix my ASUS RT-AC3200 problems was to purchase an ASUS RP-AC56. My reasons for this were two-fold:

I installed the ASUS RP-AC56 on the top floor of my house, furthest away from the ASUS RT-AC3200 in the basement. Ideally, I wanted the SSID between the RT-AC3200 and the RP-AC56 to be the same given that ASUS supported seamlessly switching between devices based on signal strength. What I found is that the signal of both devices were similar enough that the transition never happened. I looked into adjust the sensitivity of the switch and learned that I could not reduce it to the level required.
Even using a different SSID did not appear to help. For whatever reason, the RP-AC56 kept disconnecting — from what I could tell, the RT-AC3200 did not like the RP-AC56.

After multiple attempts to deal with the issues with my ASUS RT-AC3200, it was time to make a change. In my next post, I will cover what I decided to do.